How to Transfer to Another Train Quickly 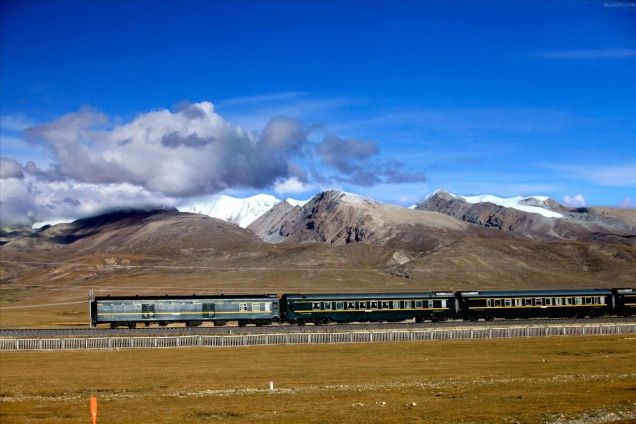 A train operating in Tibet

Having a high-coverage and mature rail system is one of the symbols of China. However, in this vast country with its various and complex landforms, it is never an easy thing to build a perfect rail system. Therefore, there are still many routes that don't have direct trains (especially when going to a complex geomorphic or less developed area).


This means you might need to transfer to another train when you want to visit some remote but beautiful attractions during your China trip, and this article will give you somepractical tips to make your transfer quickly and easily.

What Should I Prepare for Transferring to Another Train?

◆ Tickets
You need at least two tickets to finish the whole journey if you can’t go to your destination directly, and it is recommended that you collect your tickets all at once at your departure station to save time.

◆ Passport
You are required to show your passport when entering into a Chinese railway station, and you might also need to show it during the transfer.

How to Transfer to Another Train in China?

Transfer at the Same Railway Station

In most big cities in China, there is always a transfer passage for passengers to go directly to the waiting hall after getting off their trains (just like an airport’s design). However, some small and old railway stations don’t have transfer passages, which means passengers, need to leave the transfer station and then reenter it. So let’s learn how to deal with these two situations when transferring at the same railway station in China.

After you arrive at the transfer station, you will know whether this station has a transfer passage. If it shows a “Transfer” (“便捷换乘”in Chinese) indicator, you can simply follow the sign and it will lead you directly to the waiting hall.

If you can’t find a “Transfer” indicator, it means that this station possibly doesn’t have a transfer passage. In this case, you need to follow the “Exit” sign to leave the station, reenter the main hall, and find the right waiting area.

Transfer indicator on the ground and on the wall

Step 2- Have Your Ticket Checked and Board the Train

After you find the right waiting area, you can simply have your ticket checked and board the train.
See How Board Trains in China

Transfer to Another Railway Station in the Same City

It is recommended to take a taxi to another station as it saves time and you won’t go to the wrong way by mistake. There are taxi stands outside each railway station; you need to line up to take one. You can show your train ticket to the taxi driver, as the station name is printed on it.

At some new railway stations, subway stations are built inside them. So it is also very convenient to take the subway to another station. But before you get on the subway, we recommend you to first check with the staff that you have chosen the right line.
We don’t recommend you take a bus, as you could get stuck in a traffic jam on the road, or you may go in the opposite direction.

How to Transfer to Another Train in China?

Although trains are fairly reliable compared with airplanes, they may also be delayed sometimes, especially normal-speed trains. So here are three advices:

Tips of Transferring to another Train in China