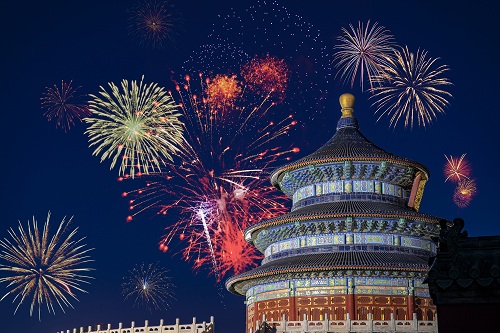 October 1st is Chinese National Day which is to commemorate the founding of the People's Republic of China in 1949. There are many activities are held nationwide on that date, especially in Tian'anmen Square in Beijing. It is a big day for Chinese people. And It is the longest holiday in China. There are 7 days public holiday for this festival, usually from Oct.1 to 7th.If the Mid-Autumn Festival holiday falls within this period, the holiday period generally gets a day or two longer.

This period is also called "golden week" because of the biggest week for tourism in China when Chinese people have a week off to reunite with families and take trips.

The History of Chinese National Day

On October 1, 1949, it is the memorial day for the founding of the People’s Republic of China. An victory celebration and ceremony was held in Tian’anmen Square to celebrate the forming of the Central People's Government of the brand new country. Mao Zedong raised the first Communist national flag of China in person amid 300,000 soldiers and other people who were gathered at the square. Later on October 2nd 1949, the new government passed the‘Resolution on the National Day of the People's Republic of China’ and declared October 1 to be the Chinese National Day. 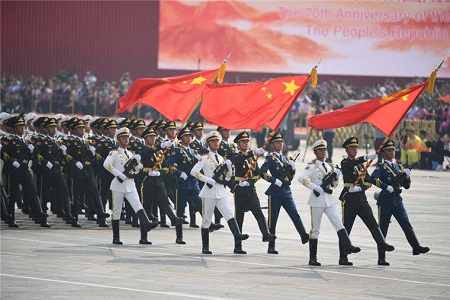 Other activities like flag-raising ceremonies, dance and song shows, firework displays and painting and calligraphy exhibitions are also held to celebrate the National Day. If one loves shopping, National Day holiday is a great time, for many shopping malls offer big discounts during the holiday.

Travel tips for Golden week in 2021 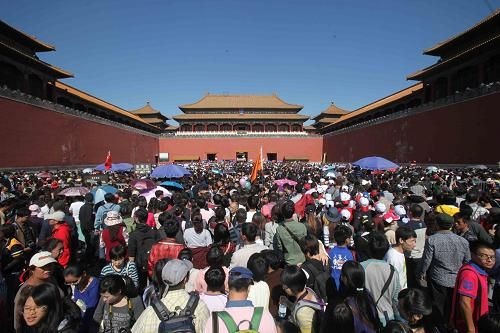 Now travel in China is gradually resuming. Always remember to hold the required documents with you while travelling, which including your original passport and green health code, etc.).

Many Chinese go traveling during the Golden Week. Some attractions will limit the number of tourists due to the special circumstances recently. You can see a sea of people at attraction sites; you may difficult to get the train ticket even you book in advance; so it is better of you have a backup plan. Also we recommend you to book flight tickets or hotel once you decide to travel during the holiday.