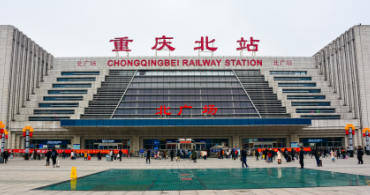 Firstly put into use in 2006, Chongqing Bei Railway Station (重庆北站) started up as an assisting station to Chongqing Railway Station. The station is divided into two squares by the main station  building. 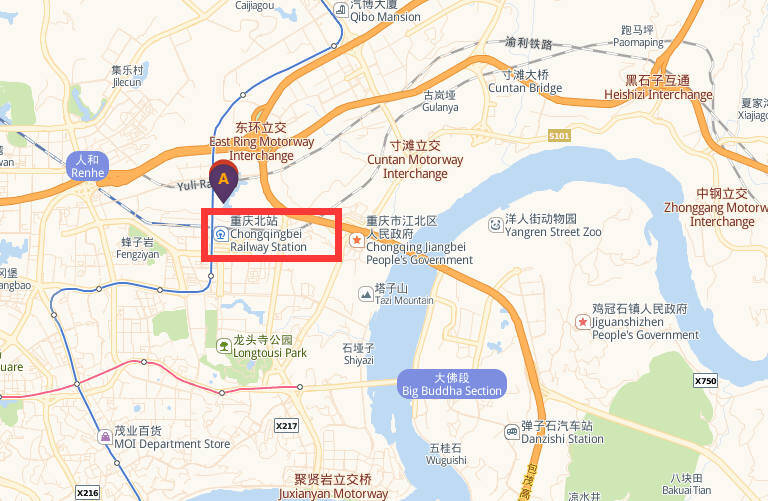 What to Eat at Chongqing Railway Station

For Western-style food, you can find Subway, KFC, Dairy Queen on F2 and F3.

The bus system is very modern and advanced in Chongqing. Passengers can take a bus from both south square and north square.

Taxi stands are located on underground passage of south square. To leave the station by taxi, please follow the signs to get there. When arriving by taxi at Chongqing Railway Station, passengers will be dropped off at South or North Square.

Getting to Other Places from Chongqing North Railway Station


This journey takes about 30 minutes and costs 3 yuan.

Take Metro Line 3 at Chongqing North Railway Station and get off after nine stops at Lianglukou (两路口) Station.

This journey takes about 23 minutes and costs 4 yuan.

The duration is about 33 minutes and it costs 4 yuan.

You can use our China Train Booking app to search for trains, learn about China train types, see the train schedules, and view the online map. Our trip advisors are always ready to help you.