Ningbo Railway Station is located in Haishu District (海曙区), which is the city center of Ningbo. 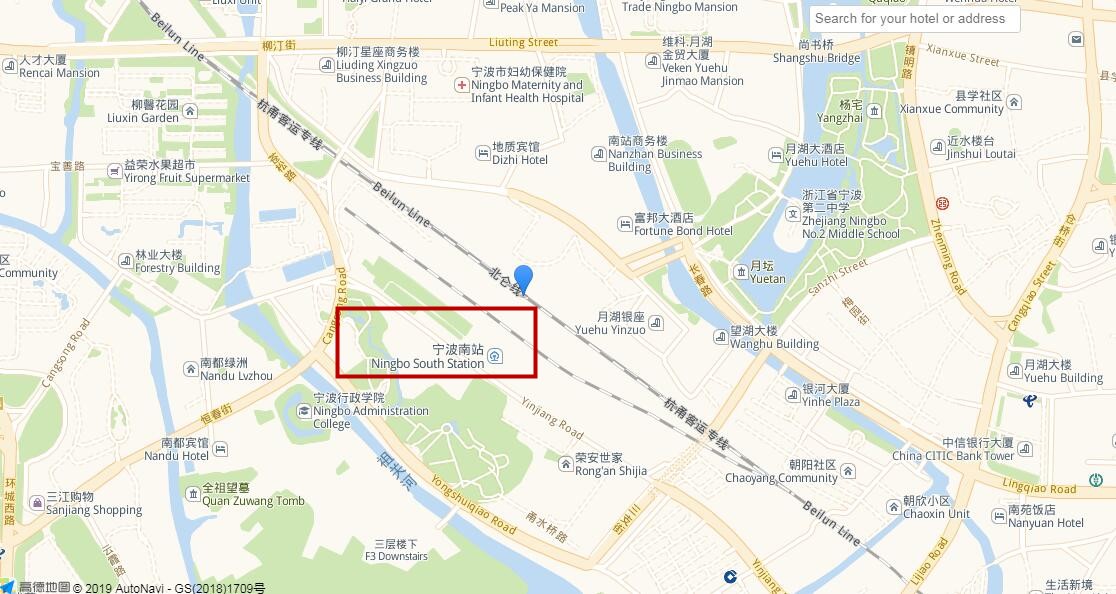 Popular Trains to Other Cities

The Layout of Ningbo Railway Station

There are six floors in total: three levels on the ground and three level underground.

Nearby Transport Around Ningbo Railway Station

The subway station is located on B2 and B3, inside of the railway station. Metro line 2 is available to use now:

There are two bus stations located in South Square and North Square.

The airport express station is located in the South Square.

The coach station is located in the west side of the South Square. It mainly operates coaches to the places in or around Zhejiang Province, such as Shanghai, Hanghou, Jiaxing, Huzhou, Shaoxing, Zhoushan, etc.

Getting to Other Places from Ningbo Railway Station

>>> By taxi: It takes about 15 minutes and costs about 40 yuan.
>>> By subway: Take Metro Line 2 and get off at Lishe International Airport Station (9 stops).
>>> By airport express: Go to the South Square to take the airport express.

To Tianyi Square, About 3 Kilometers

>>> By taxi: It takes about 15 minutes and costs about 15 yuan.
>>> By subway: Take Metro Line 2 and get off at Chenghuangmiao Station (1 stop). Leave the station from Exit D.

To Ningbo Museum, About 8.5 Kilometers

>>> By taxi: It takes about 25 minutes and costs about 30 yuan.
>>> By subway: Take Bus 633 at the South Square and get off at Yinzhou District Goverment East (鄞州区政府东站, 9 stops). Walk about 500 meters to reach the museum.

You are recommended to use our China Train Booking app to book your China train tickets anytime and anywhere: