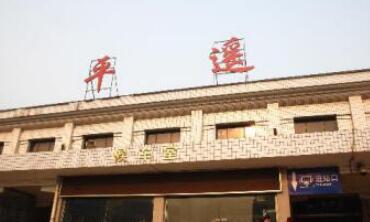 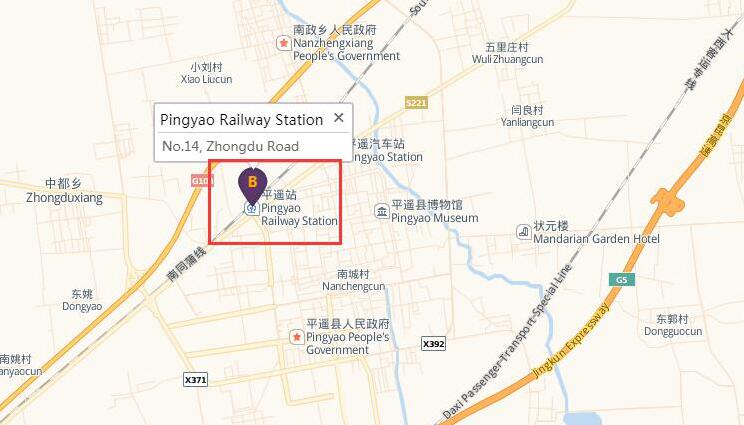 Pingyao Railway Station is a small railway station, which only has one floor. It’s very easy to find the ticket office in the station.

Pingyao is a small county in Shanxi Province, so the taxi fare won’t be very expensive. Passengers can take a taxi in front of the main building.

Getting to Other Places from Pingyao Railway Station

>>> By bus:
Take bus No. 102 at Pingyao Railway Station, and get off at Pingyao Department Store.
This journey takes about 17 minutes and costs 1 yuan.

>>>By bus: Take bus No. 1/102 at Pingyao Railway Station, and get off at North Gate.
This journey takes about 35 minutes and costs 1 yuan.

>>>By taxi: The journey takes 35 minutes and costs about 8 yuan.

Want to go to Pingyao now? You can book your train ticket(s) in the station or via our China Train Booking app. Our professional trip adviser can help you book the train ticket(s) that is/are perfect for your schedule and budget.